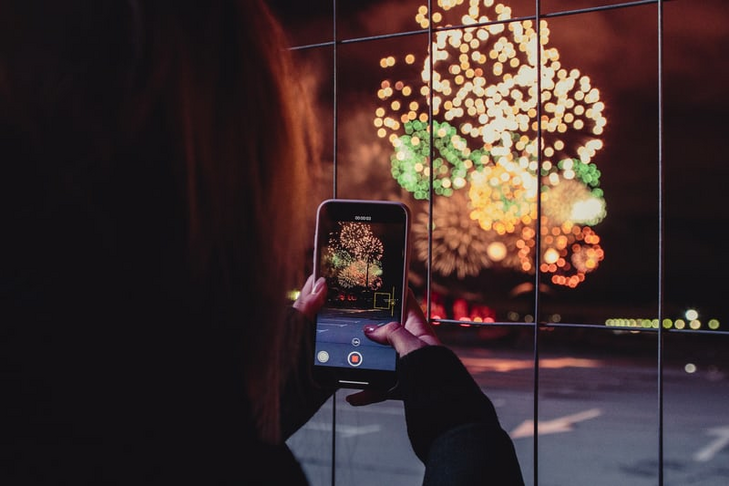 Totally agree. Don’t think kids should be allowed to even touch fireworks, let alone be given them under 18. Perhaps the licensing age should actually be higher than 18, so that those who can be licensed in the first place should be 21 or 25?

No children should have access to fireworks without supervision.

Its simple. They are not mature enough.

No unlicenced operator should be working with explosives, and explosives are what fireworks are. No under 18 should be using fireworks.

I would agree with anything to reduce or limit the sale of fireworks, but especially to minors.

the onus is already in the law, to prevent such sales to those presently considerd to be less responsible for their actions.

All fireworks should be unavailable to under 18s at all times

No fireworks to anyone! No one uses them responsibly or with any consideration!

All fireworks should be banned for under 18's

Don’t sell them and we wouldn’t have to bother about all this.

Fireworks in the hands of inexperienced users are dangerous to them and byestanders, pyrotechnics are for trained personnel

It is essential that those setting off fireworks have proper knowledge of how to use then safely and to manage risks associated with the use of fireworks. They also need to understand the impact that fireworks can have on pets and wildlife, Introducing a license to control those who are permitted to set off fireworks will have significant benefits and I urge the government to take this step an make a license a mandatory requirement for both the purchase and use of fireworks.

I agree with this part but my concern is over how it would be enforced. What evidence is there that the restriction on under-age drinking is effective?

Certain young people can be irresponsible with fireworks.

This is an important although it should only be as a support for the previous controls e.g. limiting the use of fireworks to licenced personnel

How could it ever be a good idea to hand over dangerous fireworks to a child?

Children having explosives has to be wrong.

it needs to change

make it illegal to give ANY firework to under 18's

No fireworks should be sold to under 18s

It will help improve firework safety. Fireworks are dangerous and should only be used by train responsible people.

Fireworks are explosives and, if used at all, need to be used responsibly. Explosions are upsetting for humans, even if they are expected, and animals regardless.

Will force irresponsible adults to reconsider buying fireworks for minors.

People aged 18 and under should not have access to the purchasing and letting off of fireworks.

No under 18 should be handling fireworks other than sparklers

Fireworks look fabulous when used correctly at a properly organised display but can be extremely dangerous under certain circumstances, not to mention extremely distressing for animals. Some adults can't be trusted to use with cautions under 18's certainly can't

fireworks are potentially very dangerous. It is essential they are handled and used responsibly and taking all advised precautions.

Fireworks are too dangerous to be in the hands of young people.

No fireework of any kind should be sold to under 18s , they are dangerous and can be anti social

No one under 18 should have access to fireworks as they are not adults and fireworks are dangerous.

It is a bit silly having a law that regulates something, but with a simple process to avoid the law. If the law was made because it deems under 18 not to be responsible enough to have such items, then there shouldn't be a root to bypass that law.

No child should be able to buy or handle fireworks. The yare dangerous in the wrong hands

Because it will deprive many many younger people who just wish to have a good bit of fulfilling and innocent fun. Do not let the minority ruin something for the majority, you get some bad seeds everywhere in every walk of life. Letting a few bad seeds ruin everything for everybody else is a really depressing and downright horrible thing to do.

NO ONE UNDER 18 SHOULD BE IN POSSESSION OF FIREWORKS.

Teenagers don’t think about what they’re doing to the community by letting fireworks off, there’s absolutely no need for them to have them, they scare Wildlife, Pets & to be quite honest I’m getting sick of it being broad daylight and hearing a bomb like firework going off !

Fireworks should only be used by a responsible adult.In the wrong hands they are lethal.

Fireworks are dangerous & terrifying for animals.

Apart from sparklers why would anyone give a firework to a child? If anyone wants to enjoy a firework display it should be in the hands of a professional. Its safer.

Agree. Again how is this to be enforced? There are a lot of stupid adults walking this earth but many might abide if it became law - better than nothing.

Needs to be clear legal president.

The use of fireworks should be restricted as much as possible.

It is dangerous. Adults should not be giving fireworks to those under 18

I think it is common sense to make it illegal to sell a firework of any kind to someone under the age of 18. It is madness that this is not already the case.

Anonymous User "My dog is terrified of fireworks and becomes desperately ill. In the lead up to Guy Fawkes day fireworks are let off with no warning Public events at advertised times are acceptable but fireworks should be banned to members of the public" So you bought a dog in full knowledge that noisy fireworks were in common use then you call for a firework ban because your dog doesn't like them. Isn't that a bit self centred and selfish?

JF Sionnach "The fewer the people getting their hands on explosive materials the better. Too many get badly hurt." The fewer people owning dogs the better. Far to many get maimed and killed by them.

Anonymous User "No fireworks of any description should be sold or given to under 18s" No sparklers for the kids then? It is already illegal to sell to under 18's.

Anonymous User "Fireworks have the potential to cause devastating injuries. Under 18s are not able to assess/appreciate the risks" But the injuries are generally trivial compared to the regular dog maulings. The best way to learn responsible use is from instruction and guidance from responsible adults.

Marjorie Harris "Irresponsible and dangerous to sell to under 18s" Indeed, and that's why it is already illegal to do so.

Anonymous User "Agree children should not be handling explosives. Nor should adults." Who's going to fit the air bags to your car then?

Anonymous User "perhaps 18 is too young still? fireworks are dangerous if used carelessly". ...and perfectly safe if used responsibly as the vast majority do.

jenbell "Fireworks have become more powerful..." Factually incorrect. Fireworks are less powerful than they were 20 years ago and have not changed in power for over 10 years.

Ron "No unlicenced operator should be working with explosives, and explosives are what fireworks are. No under 18 should be using fireworks." Will the guy who replaces a faulty air bag in your car need such a licence? How about the farmer needing crow scarers?

Margaret Reynolds "I think it is common sense to make it illegal to sell a firework of any kind to someone under the age of 18. It is madness that this is not already the case." It is already the case.

Anonymous User "Fireworks are dangerous and must be used responsibly. No child should be allowed to handle them" So you would deny children from enjoying sparklers?

I'm amazed this is not already an offence as it is with alcohol etc. However my preference is a complete ban on their public sale & use.

Younger people don't always understand the impact fireworks have on animals (agricultural, wildlife and domestic) and it is the younger age bracket that are most likely to use fireworks antisocially. It needs to be illegal for over 18s to give younger people fiireworks otherwise the law will just be abused

under 18s should never handle fireworks. no point in having a law that says under18s shouldnt use them and then over 18s can buy them and give then let them distribute them to anyone.

You can join the army at 16 and be taught to fire a gun. But the safe use of fireworks by minors would be against the law.

Please just ban all fireworks. They are grossly antisocial.

Why give/sell explosives to any member of the public? It's already an offence to sell them to under-18s, so it should also be to give them to an under-18. No one of any age should handle fireworks without holding a licence

A complete ban on selling fireworks or any type of pyrotechnic to members of the public would negate such a problem. It beggers belief that people consider these items a TOYS, they are not! Any minor does not have the understanding of many aspects of life. They are of course susceptable to any item that is attractive and unable to distinguish if something is safe or not.

No fireworks should be sold to the general public let alone irresponsible adults giving them to under 18's.

Its an explosive. I'm amased this isn't covered by another law already

We often see teenagers using fireworks in the our local park, sometimes under the influence of drugs and alcohol. They're not being used responsibly - amongst other things, bins and park benches are being exploded and set on fire.

If illegal to purchase when under 18 it should be illegal to circumvent this by buying for an under 18. In my opinion there are many 18yr olds who are reckless and do not think of the consequences of misusing or mishandling fireworks.

I don't think age 18 goes far enough. Plenty of 18/19/20+ year olds still think it's amusing to get drunk and throw fireworks around in the middle of the night 😡 I think it should be age 25, most have learnt to behave a little better by then.