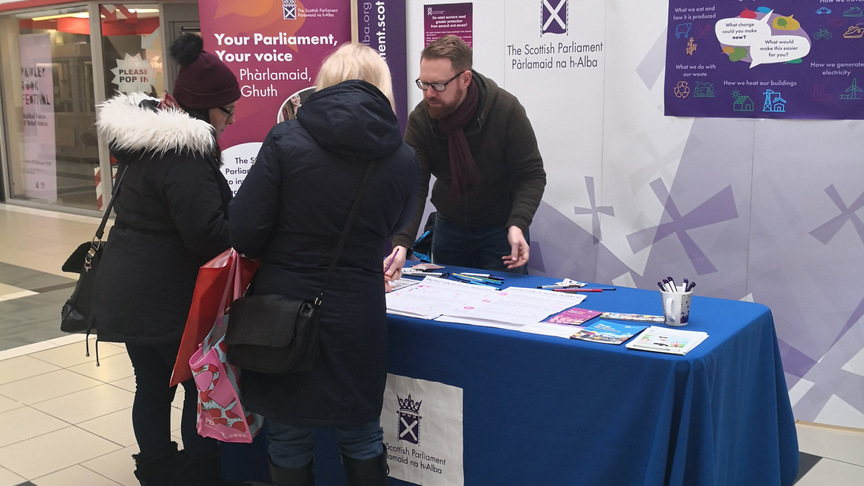 Raise awareness of Parliamentary business in plain and transparent language including visual media. Core principle: Use clear and direct language and visuals to communicate information about parliament, including legislation Undertake research into the general public’s level of trust and knowledge about the everyday work of the Scottish Parliament.

The low turnout at elections prove the present system is broken, a citizens assembly should take over, that is where the action should be taken.

Laws cant be to simple. But a summary would be useful.

Schools should be teaching children about the Scottish Parliament and how it works.

Technical language and processes is a massive barrier. As well as improving accessibility, you need to empower people to understand the language used by those in the know. The Scottish Parliament should produce a guide to processes and terminology. Existing training and outreach to support people to engage with the Parliament should be increased.

Simple and effective communication is essential.

Plain English is a must but producing Easy Read information would be of enormous assistance also. A substantial proportion of Scotland's citizens have literacy issues and Easy Read documents would enable more of them to understand the Parliament's work.

This is a really good recommedation. It gives people an idea what is involved in the Scottish Parliament and means people can share views on laws. People find politics confusing so this is a good way to explain how Scottish Parliament works. This needs to be promoted as far and wide as possible as people might not be interested in politics but they care about issues.