Divest from Fossil Fuels and mining 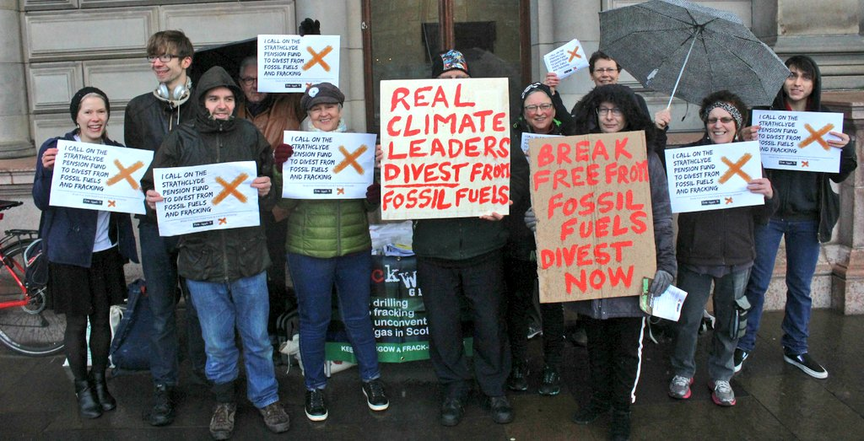 How does this impact on Community Wellbeing? I arrived to Scotland in 1974 as a refugee of the Pinochet dictatorship in Chile. I am a part of the Chilean community in Glasgow today, and also a member of the Aymara people, which are an ethnic minority in the most northern part of Chile. I know of many mining and fracking projects across Scotland which are destroying its natural heritage, biodiversity and the possibility of being able to nurture a long term future, and I know that Scottish local government connection to multinationals like Rio Tinto and BHP are destroying all the water systems and livelihoods for people and all living things in the small area where other Aymaras live, as well as many many other places around the world. Why should the Committee focus on this as part of their future work? There is no difference between the impotence indigenous communities and local people in Scotland feel about the terrible damage done by mining, and laws to do with consultation may be lacking here but elsewhere are completely biased in favour of conglomerates. For the good of Scotland, for communities and indigenous groups like mine across the world, and for the future of the planet I ask that you divest completely from fossil fuel mining and include this in any declaration of climate emergency.

Fossil fuels are not the future – we need to accept that NOW to limit the harm and plan for a successful alternative future. Scotland is supposed to be a world leader in renewables, but is still heavily reliant on North Sea Oil. The continued exploitation does not match up with a CLIMATE EMERGENCY. We cannot continue to exploit fossil fuels now the consequences are fully understood. Government have to take the issue more seriously