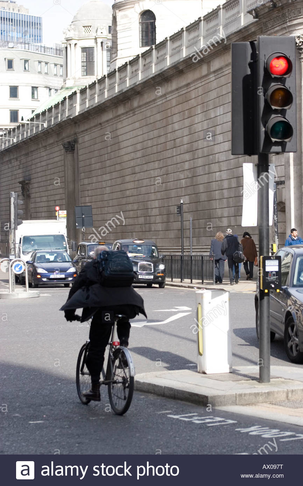 What change do you want to make now to address the climate change crisis? Cyclists are a menace - they are selfish, delay traffic and cause accidents. Banning them from public roads would increase vehicle efficiency, let individuals and businesses go about their journeys faster and improve road safety. What do you need to make this change? Legislation

About 3% of the population cycle, it simply can't be much of a menace for this reason. I have experience of road use as a cyclist, car driver and motorcyclist and most people behave with consideration. The ones who don't stick in our collective minds, we shouldn't let them.

The only reason campaign for cycle paths exist is because drivers kill cyclists. This is a climate change engagement.

support i think - if the government spends money on cycle paths, we should have cyclists made to use them. otherwise its the worst of both worlds - money is spent building cycling infrastructure which usually takes space from cars and buses causing delays, as well as money. if cyclists then dont use that infrastructure, it means the money is wasted, we lose the potential benefits that could have come from investing that money elsewhere, and buses and cars are delayed by them using the road.

Car drivers are a menace - they are selfish, delay traffic and cause accidents. Banning them from public roads would increase vehicle efficiency, let individuals and businesses go about their journeys faster and improve road safety.

The roads are for us all. A cyclist travelling at 15 mph in a 30 mph zone for one mile might - if there were no safe overtaking opportunities- hold up a car for a whole 2 minutes or 120 seconds. Of course, if the driver was speeding and couldn’t care less about other people’s lives that is a different matter and is the expected behaviour of many drivers - which is why they propose this change

Obvious trolling suggestions lIke this should be deleted from this survey now, in real time, as it serves to seriously undermine the value of the exercise.

Cyclists, horse riders, and pedestrians have for millennia the right to use ALL highways built for them. This should not end. As any objective investigation of crashes will confirm the major hazard on our roads is the way that motor vehicles are used. Deliver an independent crash investigation agency with a regulator to enforce action from the roads providers to minimise the number of crashes, and the damage they do. Safer & nicer streets actually result from removing motor traffic.

To begin with this idea is the opposite of addressing the crisis. Vehicle efficiency is impossible in a built up area as red lights cause constant accelerations and so reduce mpg Also this would increase the volume of traffic on the roads leading to more emotions as cyclists are forced to drive instead And cyclists don’t reduce road safety, it is the bad drivers who hit cyclists or other cars that lead to problems. Cyclists should just be given proper lanes in order to reduce any congestion/risk

It is illegal for cyclists to be on footpaths. Pedestrians don’t want them on “their” footpaths. Now it seems that motorists don’t want them in “their” roads. There isn’t a viable, safe and convenient option for cyclists and “their” cycle paths are ill conceived and not joined up. What I actually think the proposer actually wants here is the extinction of cyclists and for the proposer to have full access to the roads themselves.

What a load of uninformed rubbish. What sources can you cite to prove your claims of "menace" "selfish" "delaying traffic" and "causing accidents"? Also - cyclists ARE traffic. As are pedestrians. Just because a person's transport is powered by a motor doesn't mean they have priority over active travel.

Ban the private car from public roads - they are selfish , delay traffic and cause accidents. 2-3 thousand killed every year in the UK ( countless other seriously injured ) by trauma and tens of thousands by air pollution . Motor traffic is the only area where CO2 emissions are increasing . It has to be tackled.

Completely support. Get these idiots off our roads so people can get moving again!

Cars are a menace - they are selfish, delay traffic and cause accidents. We should ban all cars from public roads to allow e-bikes and e-cargo bikes to go about their journeys faster and improve road safety.

This idea, and the positive responses to this, do not have the evidence or justification supporting the proposal. The analysis and policy response must be evidence led so I would assume these views are disregarded based on the evidence we have.

Good idea, if cycle paths are provided cyclists should use them. Makes no sense they want money spent on cycle paths, and then not use them so the money is wasted! See it all the time

Cycling is more environmentally friendly than driving a car and this is a debate against climate change...

Cycling is much better for the environment and people's health than driving. Legislation should support safe cycling and safe and efficient driving. Banning cyclists from roads would have no benefit and would likely increase friction between cyclists and pedestrians. I am both a driver (including driving a van for work) and a cyclist.

Why should I pay tax for roads if I cannot use them when I choose?

Cycling is much better for the environment and the person than cars or other motor vehicles. I'd support more cycle lanes which effectively does the same thing without limiting and discouraging cyclists. In the vast majority of cases it's the drivers that are at fault not the cyclists who remain where they're supposed to and are often more read up on the rules of the road than drivers are. If you're interested in improving road safety then look at mandatory licence retesting every 5-10 years😉

If the OP wishes to reduce traffic delay and accidents they should look at reducing the number of car drivers on the road, which are the primary cause of both delays and accidents. Incidentally one of the best ways of doing this is encouraging people to use other forms of transport (including cycling).

Hold up traffic - particularly groups or pairs of cyclists Need dedicated cycle routes and cycle paths Foreseen in the dual carriageway near the Kincardine Bridge, from 1936 where there are pavements and cycle tracks on both sides of the road

support. cyclists are self entitled and demand cycle paths then go out of their way to not use them and delay cars.

I think this is a bit too far. If a cycle path exists alongside a road, then cyclists should be banned from the road and required to use the cycle path. I know cyclists might complain, but they cant both argue for dedicated infrastructure, and then also want the right to cycle on roads for motor vehicles causing them to have to slow down and be delayed.

sensible idea, roads are for cars. cyclists get in the way and slow everyone down