Restricting when the public can buy or use certain fireworks 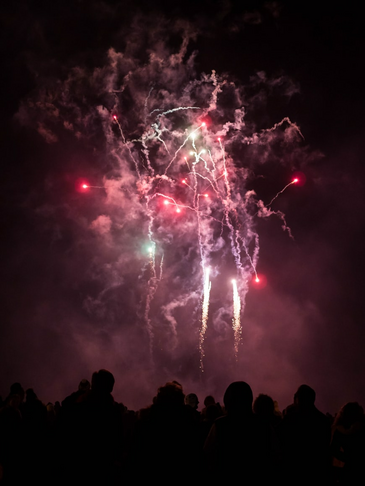 The Bill would restrict when the public can buy or use CAT F2 and CAT F3 fireworks to specific times, such as Bonfire Night and New Year’s Eve. The Bill would allow fireworks to be supplied at the following times: (a) 7 April to 14 April, (b) 27 October to 10 November, (c) 26 December to 31 December, (d) the first day of Chinese New Year and the 3 days immediately preceding it, (e) the first day of Diwali and the 3 days immediately preceding it. If you agree with this proposal rate it up (👍), if you disagree, rate it down (👎). Please tell us why you agree or disagree using the comment boxes below.

The public shouldn’t be able to buy explosives at all

There is too much latitude and regulations must b much tighter. Fireworks should only be available via organised firework displays.

Fireworks should be banned completely.

I think there are too many dates. 2 days for each event is more than enough

Fireworks are not always used safely or properly. Elderly people and domestic pets are particularly distressed by the many, unnecessary fireworks displays and unlicensed usage which seems to start earlier each year. I see no reason why the can’t be banned except for organised displays, special events etc. The wildlife are also suffering as well as dying from shock with the loud noises surrounding their habitat. Please just ban them for everyone’s sake.

Far too many dates there. If people want to have pyro at an event, it should be done by a professional, licensed company and they should be prepared to pay for that service as these folks will have to be trained. I get that it’s pretty to watch but maybe people should think harder about the devastating impact these things have on huge amounts of people and animals.

It would help to be aware when they would be used.

Should be banned completely. Fireworks should only be at official displays

They should not be on sale to the general public

Its a start, but I would like to see their use restricted to controled public displays only.

I don’t think they should be sold to public at all. Only commercial use.

Too many people use them for no apparent reason

Definitely and if weather prevents them using them on that one night they should be able to return them to the shop where they bought them from.

Know when to expect noise and pollution

At least there would be some warning as to what dates/times fireworks could be expected. However, there is no justification for the general public to purchase, possess or use fireworks. Move on and use light shows and or drones for displays. We don’t need the noise, pollution or disturbance of humans or animals

It's a step in the right direction and would mean people can't just let fireworks off whenever they want. I know people are saying things like "Oh it's becoming a nanny state" and "People just want to spoil other people's fun" but it's not that at all. If you have an animal you would understand the fear they go through and how hard it is to watch! At least if there are set dates it gives us pet owners a chance to prepare as best we can.

I would prefer a blanket ban on individual use.

There should be times when fireworks are not sold but more importantly the time windows should be when they are allowed to be set off. The general public should no longer have access to fireworks that cannot be regulated in their use.