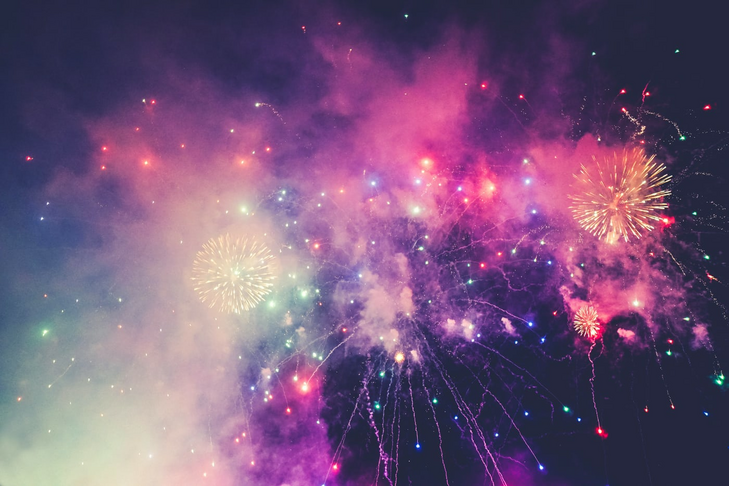 it does not propose any measure to reduce the shock & impacts of percussive and other loud firework noise. Nor does it guarantee any meaningful licensing or training in firework use The public safety measures it proposes from accidents such as burns is good, but in my view fireworks must be controlled primarily because of noise. Humans (of all ages) can be frightened by the explosions & 'whizz' noises. Animals (wild and domestic) are often deeply traumatised, injured & killed in panic

it will reduce the volume of fireworks being let off in residential areas where the negative of fireworks is significant for both humans and animals.

It attempts to limit the use to licenced personnel and still provides the opportunity to enjoy fireworks if you wish. It should limit anti-social behaviour

Too many people are needlessly injured ever year with fireworks, and they are used too frequently by kids and young people inconsiderately. I'd ban them outright!

Fireworks are extremely dangerous and should not be sold to the general public, they should be restricted to organised events only and well away from residential areas and then those that wanted to take part can go and the rest of us wouldn’t have them forced upon us. The noise they create is very frightening to all animals and people who may have PTSD or certain other mental health issues.

To hopefully increase the responsible use of fireworks

public shouldn't be able to buy fireworks. they should be only used at specific events and limited timewise. any bill restricting use of fireworks should be applied throughout the UK though - it's not enough for Scotland to be the only part though it'll be a good start to lead the way.

They should also have to seek permission for their planned use of fireworks for a specific public event at specific times and local residents should be informed in advance. The time length of the display should also be limited.

If the public are to be allowed to buy fireworks, they should be closely monitored and controlled and the location and time for this anti-social and harmful activity should be severely restricted.

They are explosives and dangerous however no training is necessary

absoulutely- all firework displays should be by licence only

This cannot but help increase public safety when handling fireworks and hosting firework events, and moves us towards only professional events being staged at limited times of the year.

Fireworks are dangerous and need to be used with appropriate care. A fireworks licence could be used to identify those trained to use fireworks safely.

These fireworks are dangerous and can be used as bombs

Should not be for 'public' use

Fireworks are dangerous and a nuisance to those not involved in the "show". This would reduce the number of random shows.

It is a good step in the right direction to minimize the use of fireworks.

Fireworks cause so much distress and death to animals. People who suffer from ptsd also find fireworks very distressing along with autistic people. Public sale should be scraped

These are too dangerous to be freely available to the public

If there were to be dates on when people could but fireworks; some people may try to obtain fireworks illegally and then you’ll find that the people who misuse them suddenly have a lot louder and more lethal fireworks. Besides nobody wants to find out that their neighbour is manufacturing fireworks because if they did they would be evacuated. At least let’s hope that’s how they find out..

This part of the bill will at least reduce the number of fireworks sold to those who only buy because it is something to do at any time of the year. Those who are buying fireworks for a particular occasion/special occasion will be the ones who will want to take the time and energy to follow the procedures and requirements in order to purchase fireworks. In other words, sensible users.

Such a move would destroy the fireworks industry. The retailers and wholesale businesses are very responsible and provide the correct advice or should at least do so. £30 is far too much for a licence and anyway who will manage all this and at what cost. How will the system cope when ten thousand people all apply for a licence at 5pm on Bonfire night having been carefully watching the weather and deciding yes, its calm tonight we will go out and buy a box of fireworks and enjoy family fun.

No member of the public should be able to buy fireworks

This isn’t much but I support any measures that go toward outlawing the purchase of fireworks by individuals. It’s ridiculous that this is allowed.

I doubt they go far enough but it is a start

These are dangerous items in the wrong hands and therefore needs the where, when and by whom needsto be controlled. These fireworks could be smuggled in illegally, but as long as the law is vigorously upheld and with penalties severe enough to deter those obtaining, possessing and using them illegally.

Fireworks are not toys yet so often in my local area people behave utterly irresponsible with them, and they cause my animals huge distress at the best of time’s

An excellent idea in theory but could be difficult to police.

I see too many being let off in the street. You need a licence to drive a car. So seems daft to let just anyone set off explosives. These large fireworks can cause serious injury. That might be why they’re used as weapons? Licensing won’t stop illegal use. Best to just ban them altogether. Only people who’d suffer from a ban are the people who make money from selling them.

alex.goldie "Too many people are needlessly injured ever year with fireworks, and they are used too frequently by kids and young people inconsiderately. I'd ban them outright!" Many, many more people are injured and killed by dogs than by fireworks. Would you also ban them on the same basis as you would ban fireworks?

Fireworks cause considerable stress to many people and animals in particular

It makes sense that safety and training are proritised.

These are sensible measures to ensure public safety

Again, as with many of the proposals it may help slightly however, anything short of a ban outside organised events is too little I’m afraid. As outlined by many in the comments, the distress caused by fireworks is just too high a price to pay in the name of enjoyment.

Supporter12 "It would limit the personnel able to use the increasingly powerful fireworks, to hopefully responsible individuals." The explosives content, the size and the noise levels of fireworks have not changed for a decade. Your post is factually incorrect.

alex.goldie "Too many people are needlessly injured ever year with fireworks, and they are used too frequently by kids and young people inconsiderately. I'd ban them outright!" If the number of injuries are your parameters for calling for a ban of something then turn your attention to dogs. For every firework injury there are 60 injuries and even deaths caused by dogs.

All fireworks that make any banging sound should be banned for sale to the public as soon as possible .

TOTAL BAN on public sale is the only option

It would limit the personnel able to use the increasingly powerful fireworks, to hopefully responsible individuals. It should aim to avoid the also increasing anti-social use of fireworks

this would bring greater responsibility and accountability to the letting off of fireworks. It is critical that it also becomes illegal to let off fireworks without a license and obtaining a license isn't just a 5min online course.

I agree because it would hopefully prevent antisocial behaviours around the use of fireworks and also hopefully, reduce injuries

Any additional restriction is better than none, but this does not go far enough to address the problem.

no member of the public needs explosives without first having purchased an expensive licence involving training and a probationary period, and preferably being vetted for suitability as if buying a gun licence & gun.The licence should only be used for pre-agreed advertised displays so that they are not a shock to people who do not enjoy them

If the current laws were inforced properly in the first place we wouldn't have this problem, if people were educated properly about fireworks we would no have these problems. Or at least rase the age to 21 as most 18 year olds are not as mature as they was 25 years ago. It's called a paradigm shift.

This also beggers belief that such a proposal is even being considered. The firework categories mentioned in particular Cat 3, has been stated as requiring a safe distance of 25 m. If such a distance is required the explosives used are greater and the likelihood of physical and mental harm greatly increased. This only increases the risk of people taking short cuts and abusing any requirements for safety. Ban the sale and use of fireworks to members of the public.

The general public should not be allowed to buy fireworks whether they have a licence or not. Fireworks are not welcome in rural areas or in open fields because both areas will cause trauma, distress and even death especially to animals and wildlife that have no warning!

These are explosives that significantly disturb nature wildlife and the general population. They should not be available at will