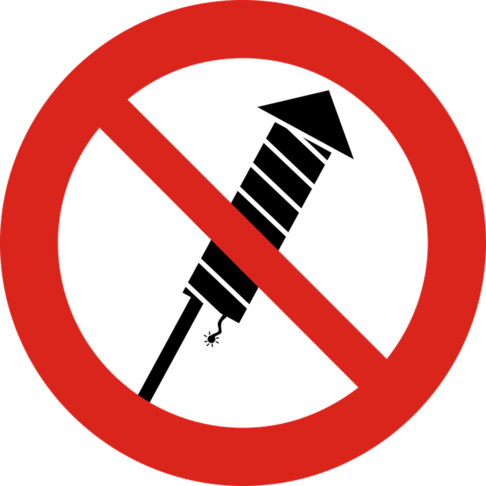 The Bill would give local councils powers to create zones where fireworks can’t be used: "firework control zones: Before making a place as firework control zone (or amending or revoking a zone) a local council would need to publish a proposal about the zone, including the reasons for the zone and its boundaries. The council would also need to consult the local community. If you agree with this proposal, rate it up (👍), if you disagree, rate it down (👎). Please tell us why you agree or disagree using the comment boxes below.

It removes the chance for some to celebrate with a long established method. It justifies people not training their pets correctly. It gives credence to the damage caused by fireworks being worse than the damage caused by pets and their owners where there are meny more injuries and much more PSD caused by dogs than fireworks.

I agree in theory but difficult for councils to monitor.

I once lived in a place where nearby, a local business set off fireworks at least once a week, in all seasons and weathers. Must have been a hotel or club, and what once was a nice sight to behold became bloody annoying pretty quickly. Annoying for me, but a nightmare for my cat and the neighbour's dogs. Think this kind of restriction would work well and be more fair to the local community.

Not only are fireworks terrifying for animals but also the elderly, those with Dementia, the Autstic and also those suffering from PTSD. My son in law suffered from this quite significantly since returning from Afghanistan where he was severely injured and lost many colleagues due to a landmine. The fireworks give him such flashbacks that it takes him weeks to recover. I truly believe that fireworks should be kept to organised events and those that want to go can whilst others can avoid it.

Firework free zones are a great idea. No fireworks near farms, stables, boarding kennels and animal rescue centres. Also keep them away from old folks homes and hospitals.

yes, but not sure how easy this would be adhered to, better not sell them in the first place

It sounds sensible on the surface but this whole questionnaire is poorly thought out. There are many more facets to this, as evidenced by the comments. There should be only a few zones where fireworks CAN be used, in organised displays.

No one pays a blind bit of attention to where fireworks should be let off. Kids on the green pathways set them off at all times of the night. I don’t think they’ll change their behaviour because they’re not supposed to.

Who would enforce these zones? What about the vulnerable people and animals close to within the zone?

I would support the use of this measure in residential areas, however, I'm not convinced it could be enforced. My preference would be to ban the sale of fireworks to the general public and permitting a limited number of public displays only.

It promotes the use of fireworks on a public area. Nov 5th liceneced events only.People can prepare for this.A zone carries so much sound it can cause so much damage well outwith an area! The affect this can have on human & animal welfare is so damaging a 'zone' area is a dangerous thing to enforce.I know children enjoy fireworks displays so why not linit one venue 1 display ov 5th.People can plan ahead & still have community event to participate safely.

This would never work, not enough resources to police it. A COMPLETE BAN is necessary unless it’s for a LICENSED November 5th EVENT !!

Zones will still.impact residents and pets

Hopefully these places will include built-up areas where we live. I see no reason for private individuals to be letting them off in gardens.