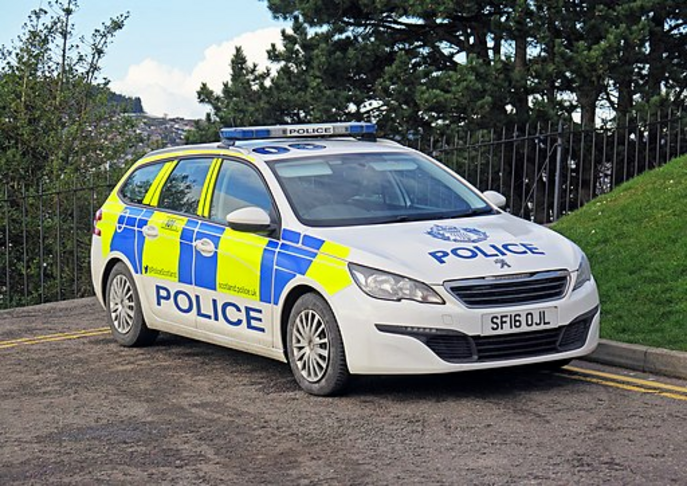 Powers to enforce the rules are clearly necessary.

although I do not believe the police force should be even more stretched than it is, there has to be some control from the more violent element within our society.

What a waste of resources. You'll miss some. Hassle some based on race or who 'fits' the profile. Fireworks are used by anyone and nearly everyone. Again, not really sensible or a good use of police time.

If they were totally banned this power would not be needed and would let them get on with more important things.

Potentially, I support this, but only if great care is taken in how you define "reasonable grounds" (& how you train/enforce this within the police force), since stop & search powers are often abused, both intentionally & unconsciously by those with irrational bias against certain subgroups of the population.

If rules and controls are introduced they need to be enforced.

However, I assumed that on grounds of public safety and in relation to any perceived criminal activity, police already had these powers. Also, does Scotland have sufficient police numbers to be effective in this regard?

Providing it is effectively used and enforced, it can act to deter anti- social use.

Stop and search is always a controversial power. I am not sure it is relevant to fireworks.

The Bill should have some 'teeth'

if you remove the word 'fireworks' this is a just a 'stop and search' power. Similar orders have been poorly used and abused in the past.

absolutely! no point in making something illegal if the police can't enforce it

It is part of the enforcement of the new laws, and education of people using fireworks. It's being done to keep people safe.

we need to limit the use of fireworks as a way of maintaining the non human species that we haven't yet sent into extinction.

Gives the police the "teeth" they need to enforce the law.

It is not necessary to have this law if fireworks are not sold. That is best solution.

If there is legislation there must be a serious intent for reasonable and appropriate steps for enforcement. In practical terms this is likely to be through the police.

The answer is obvious.

its about time animals and humans were protected from the damage these fireworks do. The noise from these fireworks is unbelievable. Animals have more sensitive hearing than humans so God knows what they feel when they hear them. I feel the sound goes right through me so I can't understand what they go through.

THE POLICE SHOULD BE ALLOWED THE POWER OF STOP AND SEARCH FOR ANY SUSPICION.

Michelle "It will allow police to react where they fireworks are being used dangerously." What is stopping the police reacting now? They already have the power to do so in the situation you describe.

Vikk "Again, fireworks in the wrong hands could be deadly" Yet there have been no deaths from these 'deadly' fireworks this century. Dogs, on the other hand, have killed dozens and maimed tens of thousands.

There is no need to be walking around with explosives in your pocket.

Lioness1forcreatures "we need to limit the use of fireworks as a way of maintaining the non human species that we haven't yet sent into extinction." Fireworks have been enjoyed by the public for over 100 years. Can you name one species of animal that has become extinct as a result?

Lizzie "the amount of kids hanging around parks at 2 -3 in the morning setting fireworks off is again out of control. If the police can stop that, then all the better." The police have all the powers needed to stop such anti social use already.

Anonymous User "Fireworks are weapons and should not be in the hands of the public" Dogs are 'deadly weapons' and injure and kill far more people and other animals than fireworks ever will.

This is a significant offence with safety implications, as well as animal welfare implications

Disagree police have better things to do

Stop and search was not supported by those taking part but there was agreement that the police should be able to confiscate fireworks if any concerns have been raised. (Erskine Session 3rd March)

If public purchase & use fireworks is banned (as it should be), they will be classed as an offensive weapon like a knife or a firearm. Police already rightly have powers to stop & search for such items.

The Police already have too many stop & search powers. I don't like fireworks but I dislike the slide towards a police state even more. I want to live in 2022 not 1984.

Absolutely - the Police definitely need the power to do this.

The police have better things do do than this.

Isn't Current law Sufficient regarding this ? Current law is already NOT Enforced sufficiently.

This would give the police more opportunity to keep society safe.

It is too easy for people to claim infringement of civil liberties for carrying any item that can do harm to others whether intentional or otherwise. Fireworks are explosives and as such should have greater controls.

I welcome the idea and all fireworks should be seized and banned!

Laws need to be enforced, and these seem reasonably methods provided the grounds are reasonable and police are not biased.

If it is illegal for people to possess fireworks without a licence, the existing police powers will be enough to handle this. I am concerned that if there is more individual discretion for police officers to stop and search people, there is more scope for discrimination.

The police should be better funded so that they have the resources to enforce existing laws better, because people are breaking current firework laws all the time and the police are seemingly doing nothing about it. More powers won't change this, only create more opportunity for abuse of power.

Public should not have them in the first place

it seems entirely sensible; if you have a law, it has to be enforced.