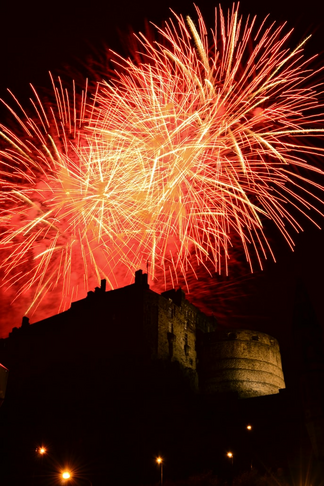 Limit the use of fireworks to only organized events

Agree the bill should go further and ban fireworks to the public. Organised displays only on specific days.

Banning the sale of fireworks to the general public would reduce the number of injuries to people, antisocial behaviour and have a positive impact on animals by reducing stress caused by loud, unexpected noises.

All fireworks should be banned from use by anyone. They are far too harmful/abusive towards animals. Why sacrifice the safety of animals just for some cheap entertainment?

They cause distress to pets, livestock and wild animals. They can be distressing to many people including young children, those with sensory processing disorders, refugees & exmilitary etc with ptsd. Terrorists&criminals can&do use them as weapons against police. People let them off too close to buildings, trees fences, spectators etc. They pollute the air, bad for those with respiratory illness, & rocket sticks & other falling debris create litter which can damage property & harm animals.

Fireworks should not be on sale to any members of the public. Only organised licensed displays.

This makes complete sense - restricted events organised by professionals where people can enjoy fireworks safely and local residents can plan ahead to help those with PTSD / dementia or their animals to cope.

I think everything should be done to prevent pu lic sales of fireworks. The damage these to firstky to emergency services and the public is beyond out of control. The damage this does to animals is irreversible when the pubkicncontinue to misuse these. They are explosives and a danger to life and when seeing used in riots and as weapons towards emergency servives, we should be doing everything possible to prevent this!

Yes stop general sale and make it only from dedicated stores

Fireworks are dangerous and cause distress to pets and wildlife

All fireworks should be banned from the general public.

I would totally agree to a ban on the public sale.

The general public should neither be allowed to buy or use fireworks. If they are used at any time it should only be licenced people at strictly controlled venues.

Fireworks are being let off weeks before and after Bonfire Night , causing unnecessary stress to animals and their owners . Noise caused to surrounding area is no good to those of a nervous disposition plus potential injuries from young people lighting indiscriminately

Ban all fireworks unless an organised display