Restrict the use of fireworks & pyrotechnics at events 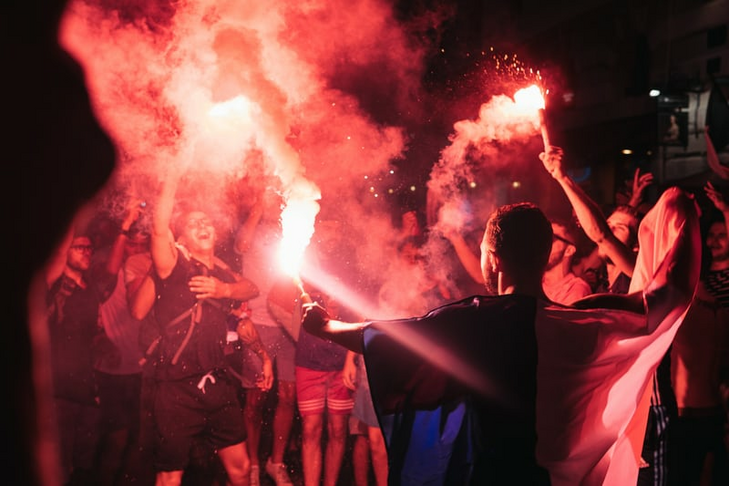 The Bill will give the Scottish Government new powers to make regulations to control the possession or use of any fireworks or distress and signal flares at certain locations (such as sports grounds) or at certain events (such as public music festivals, or public marches/processions). If you agree with this proposal, rate it up (👍), if you disagree, rate it down (👎). Please tell us why you agree or disagree using the comment boxes below.

The damage the fireworks and pyrotechnics cause to animals and people with mental health issues and various illness that makes them more susceptible to distress through loud and unpredictable noises is devastating! Every year, so many animals and people die due to stress! General punlic shouldnt be able to buy pyrotechnics at all, they should be licensed!

It's already law, but what about some enforcement

These questions are difficult to answer. Maybe have options of eg this proposal does not go far enough or this proposal is just right or this proposal goes too far. Person might agree needs restriction but feel restriction proposed isn’t strong enough. But if they say disagree, looks like they don’t want a restriction. If you see what I mean. Some comments under disagree to restriction seem in favour of stronger restriction. And this survey reported on in media but so hard to find!

its already law what about enforcement?

Control is a good thing. You have nothing to worry about if you do it safely & correctly.

There are ample laws to deal with this. So something that is already illegal, you want to make MORE illegal...how does that one work!

Fireworks should be kept to official events only

I dont think it gies far enough. I think you need to get back round the table. These proposals are a whitewash and and outright ban is required

Fireworks should not be sold to the public.

From a safety and common sense perspective it is the right thing to do.

Agree but it’s poorly worded. If an event is official and fireworks handled by professionals then that’s fine. Location is a big factor too, if it’s in an area where there are lots of residents or lots of livestock then more controls are good to restrict the use to silent fireworks or the reduction of loud rapid banging ones

Fireworks and pets wildlife dont mix. My dog is frightened to go out to garden to relive herself as soon as she hears the first firework go off thats it for 3 weeks takes time to settle down. I stay very near firework display and its very loud better that than having random fireworks going off throughout the night and her shaking constantly and being fearful

My right to buy and use fireworks within present regulation and laws should not be eroded. My family and I have used firework responsibly all my life. Not a single injury or complaint. There are more complaint to local councils about yapping dogs than fireworks... shall we have dog show only and ban people owning them??

Absolutely. No one should be taking an explosive out on the street or to an event. These are explosives. They are dangerous. They are noisy. They disrupt the lives of the majority. They scare animals. And they are set off all year long. Too easy to buy illegal ones on net. Eg when a certain football club won something or other, I looked at twitter, and people were sharing info on where to buy flares and fireworks. Sport events are increasingly a source of loud bangs, often for long periods.

Fireworks are dangerous (accidents happen), they cause distress ranging from mild to severe to people with PTSD and animals.

Totally agree. Flares etc are just as dangerous. Why on Earth would you want to carry stuff like this that can seriously hurt people?